Skip to content
Discussions were held between the Indian Banks’ Association representing Managements of Banks and  the authorized representatives of Workmen Unions and Officers’ Association, on wage revision for officers in banks on 23.02.2015 at Mumbai. After holding several rounds of discussions. the parties have mutually agreed as under: 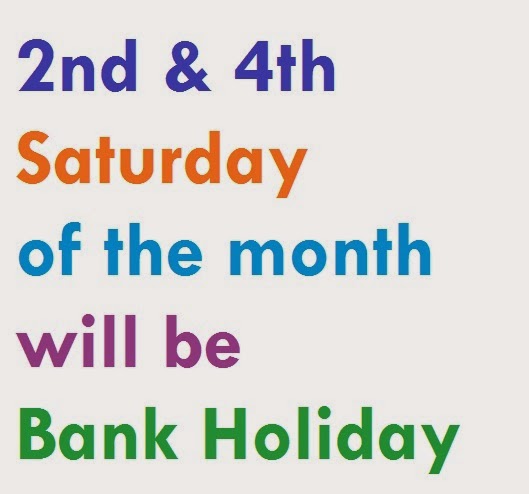 2. The annual wage increase in salary and allowance @ 15% which works out to Ks. 4725 crores on salary slip components.

3. The new scales will be constructed after merging dearness allowance corresponding 4440 points as on November 2011, which works out to 60.15% and adding a load factor of 2% on Basic Pay plus Dearness Allowance as on 31st Match 2012 amounting to around Rs 597 coves,

4. Distribution of annual wage increase between Workmen Unions and Officers’ Associations will be worked separately based on breakup of establishment expenses as on 31.3.2012.

5. Every second and fourth Saturday of the month will he a holiday and the other Saturdays will be full working

6. All other issues of the Managements and Unions/Associations discussed during the process of negotiation will be settled to the mutual satisfaction

7. The parties will meet on mutually convenient dates to draw out a detailed Bipartite Settlement/Joint Note on the various issues on which consensus positions have been reached. The parties will endeavour to finalise the Bipartite Settlement /Joint Note within a period of ninety days from the dale of this minutes.
Check Official copy:
Click into the Image and Get large size 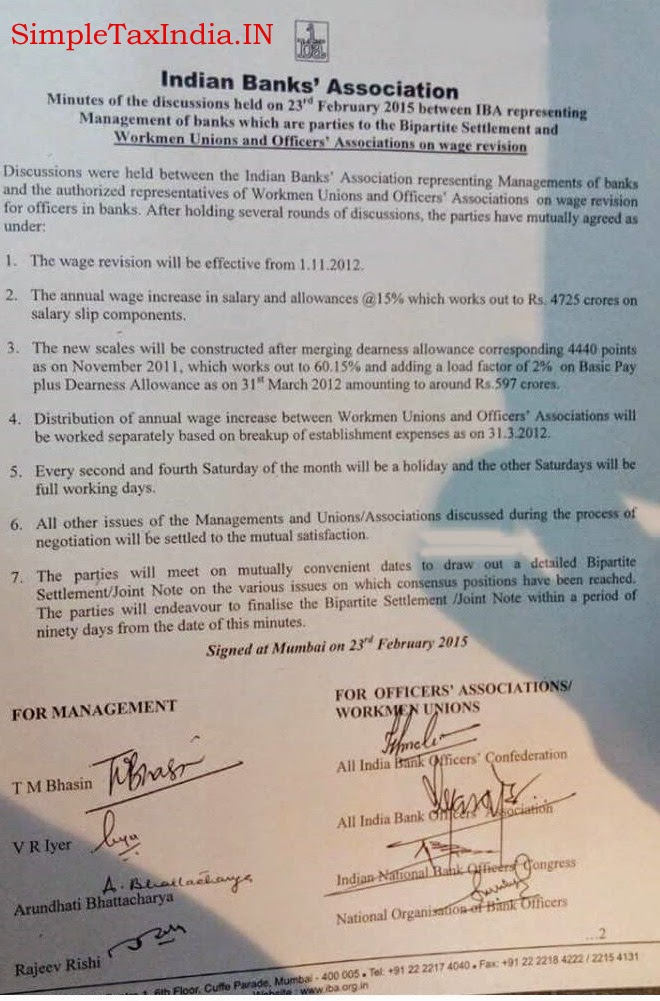