Skip to content
The Central Government acquires a house property owned by Mr. Manish on October 17, 2005 fixing
compensation at Rs. 32,00,000. The indexed cost of acquisition of this house property is Rs. 28,00,000.

1. It shall be taxable in the previous year in which enhanced compensation is received by the assessee.

2. In this case, the cost of acquisition and the cost of improvement shall be taken as nil.

3. Litigation expenses for getting the compensation enhanced are deductible as an expense in connection
with transfer. 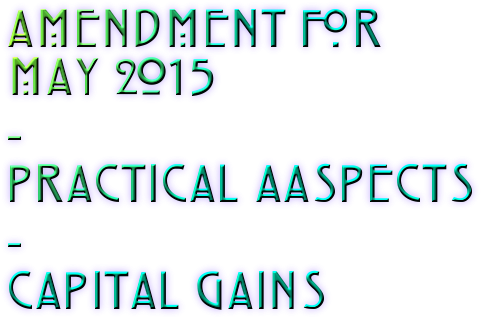 4. Enhanced compensation can be short-term capital or long-term capital depending upon the nature of
original capital gain.
Proviso to Section 45(5)(b) :-Tax Treatment of compensation received under interim order of a court, tribunal
etc. [inserted by Finance Act, 2014 effective from A.Y. 2015-16]
This proviso states that any amount of compensation received in pursuance of an interim order of a court,
Tribunal or other authority shall be deemed to be income chargeable under the head “Capital gains” of the
previous year in which the final order of such court, Tribunal or other authority is made