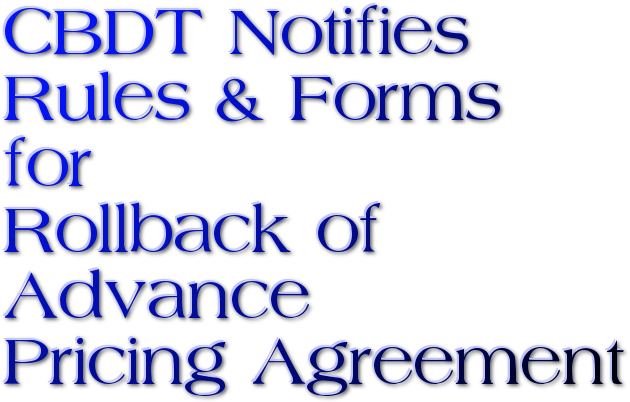 “Form No. 3 CEDA
(See sub-rule (5) of rule 10 MA)
Application for rollback of an Advance Pricing Agreement

3. The Form shall be accompanied with proof of having paid fee of five lakh rupees. This fee is in addition to any fee payable along with Form 3CED.

4. The application shall be accompanied by all the relevant documents.”.
[F.No.142 /14/2014-TPL]
(Amit Katoch)
Under Secretary (Tax Policy and Legislation-I)