Skip to content
Features of the Sukanya Samriddhi Account New Saving Scheme for Girl Child
The account can be opened by Natural or legal guardian of girl child.
The age of the girl at the time of opening of account should not be more than 10 year.One year relaxation available this year.
Minimum deposit amount is 1000 and maximum amount is 150000 per annum.
Money must be deposited for 14 years.
Amount can be deposited in cash of cheque.
Interest is to be announced but expected rate is 8.5 to 9.00 % per month  annum.
Maturity date is 21 year from date of opening or date of marriage of of girl child whichever is earlier.
50% withdrawal can be made for higher studies of girl child after her age of 18 years.
Account shall be closed premature in the case of death of girl child.
Account may be opened in Authorised bank branches or post office branches.

1. Short title and commencement (I) These rules may be called the Sukanya Samriddhi Account Rules,2014.

(2) They shall come into force on the date of their publications in the Official Gazette.

2. Definitions In these rules, unless the context otherwise require . –

(a) ‘account’ means an account opened by a depositor in accordance with the provisions of these rules;

(c) ‘deposit’ means the money deposited by the depositor in an account under the rules;

(d ) ‘Depositor’ means an individual who – on behalf of a minor girl child of whom he or she is the guardian deposits money in an account under the rules;

(t) ‘Bank‘ means any branch of a commercial bank authorised by the Central Government to open an account under these rules;

(h) ‘Interest rate‘ means the rate as may be declared by the Government on yearly basis to be applicable on accounts opened under these rules; 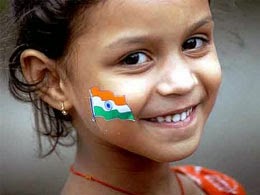 (i) Words and expressions used herein and not defined but defined in the Post Office Savings Bank General Rules. 1981 shall have the meanings respectively assigned to them in those rules.

( 2) A depositor may open and operate only one account in the name of a girl child under these rules.

(3) Birth certificate of a girl child in whose name the account is opened shall be submitted by the guardian at the time of opening of the account in post office or bank along with other documents relating to identity and residence proof of the depositor.

(4) Natural or legal guardian of a girl child shall be allowed to open the account for two girl children only:

Provided that the natural or legal guardian of the girl child shall be allowed to open third account in the event of birth of twin girls as second birth or if the first birth itself results into three girl children, on production of a certificate to this effect from the competent medical authorities where the birth of such twin or triple girl children takes place.

(2) Deposits in an account may be made till completion of fourteen years. from the date of opening of the account.

(3) An irregular account where minimum amount as specified in sub-rule (1) has not been deposited may be regularised on payment of a penalty of fifty rupees per year along with the said minimum specified subscription for the year (s) of default any time till the account completes fourteen years.

6. Mode of Deposit .- (l) The deposit in the account opened under these rules may be made –

7. Interest on deposit .- (1) Interest at the rate. to be notified by the Government, compounded yearly shall be credited to the account till the account completes fourteen years.

8. Operation of account (1) The account shall be opened and operated by the natural or legal guardian of a girl child till the girl child in whose name the account has been opened. attains the age of ten years.

(2) On attaining age of ten years, the account holder that is the girl child may herself operate the account. however, deposit in the account may be made by the guardian or any other person or authority.

(2) Where the Central Government is satisfied that operation or continuation of the account is causing undue hardship to the account holder, it may, by order. for reasons to be recorded in writing, allow premature closure of the account only in cases of extreme compassionate grounds such as medical support in life threatening diseases. death, etc.

10. Pass book .- (I) On opening an account, the depositor shall be given a pass book bearing the date of birth of the girl child, date of opening of account, account number. name and address of the account holder and the amount deposited.

(2) The pass hook shall be presented to the post office or bank. as the case may be, at the time of depositing money in the account and receiving payment of interest and also at the time of final closure of the account on maturity.

12. Withdrawal .- (1) To meet the financial requirements of the account holder for the purpose of higher education and marriage. withdrawal up to fifty per cent. of the balance at the credit. at the end of preceding financial year shall be allowed.

(2) The withdrawal referred to in sub-rule (1) shall be allowed only when the account holder girl child attains the age of eighteen years.

13. Closure on maturity .- (l) The account shall mature on completion of twenty-one years from the date of opening of the account :

Provided that where the marriage of the account holder takes place before completion of such period of twenty one years. the operation of the account shall not be permitted beyond the date of her marriage :

Provided further that where the account is closed under the first proviso. the account holder shall have to give an affidavit to the effect that she is not less than eighteen years of age as on the date of closing of account.

(2) On maturity. the balance including interest outstanding in the account shall be payable to the account holder on production of withdrawal slip along with the pass book.

14. Power to relax .- Where the Central Government is satisfied that the operation of any provision of these rules causes undue hardship to the account holder or account holders. it may. by order and for reasons to be recorded in writing. relax the requirements of that provision in a manner not inconsistent with the provisions of the Act.