Skip to content
IN last twenty years of doing budget analysis, I have still to see a Finance Minister who has been able to give all appeasing and perfect budget. Some ordinary looking budgets have led to high growth whereasat least one dream budget led to a mediocre growth. One budget allowed India to come out of clutches of recession and atleast one pushed India into recession by seeking to tax more at the time when demand was hardly picking up. In global scenario, the union budget does not dictate the economic growth to the extent other global factors do. This is despite budget being the most important fiscal statement of Union government. The gross estimated receipts in the last Budget were to the tune of Rs.13,64,524 Crores &as against this in the present year Rs.14,49,490 Crores are estimated. This means a whopping of Rs.84,966 Crores over last year shall be additional taxes imposed on an economy which is still to recover fully from the clutches of recession. While the Income Tax benefits are estimated to cost Rs. 8315 Crores going by the estimates Rs.93,281 Crores will be the extra revenue to be generated from Indirect Taxes i.e. Central Excise and Service Tax- making it highest dependence on Indirect Taxes for generating resources in recent years.

Has the economy got fully out of the recession mode to be able to bear the burden of this much extra revenue largely on indirect taxes is the moot question, which will be answered by the year end by facts or statistical jugglery? 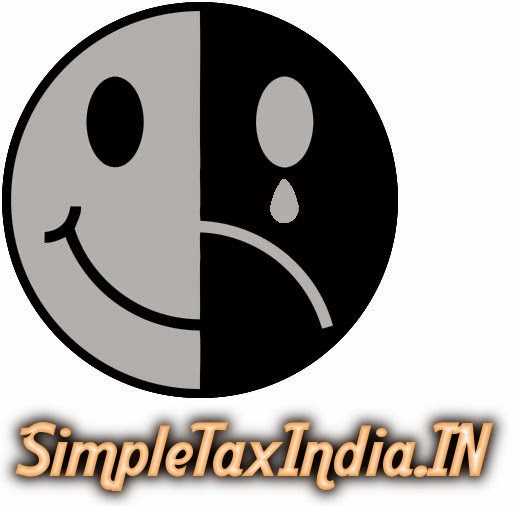 ++ Monetization of gold along with abolition of Wealth Taxcan easily be treated as the most pragmatic measure to be seen in many years. It is expected that almost every household and individual in India will benefit from this by monetizing their post holding and earning some interest on it. Much will depend upon the Income Tax Authorities and if they do not indulge in pin pricking of the taxpayers. This measure alone is capable of bringing out in monetary system huge sum of money, but the rider is the attitude of the tax authorities, will they mend their ways is a million dollar question for getting billions in the monetary system. If you keep prescribing complicated income tax returns with all the unnecessary details, it may become another case of lost opportunity.

++ Atal New pension scheme for the poor above 60

++ Employee P.F. contribution may be made optional

++ Wealth tax replaced by 2% surcharge for income above Rs. 1 crore

++ Black Money Bill to be tabled : Whether stringent laws on Black Money including on income from foreign assets will bring back money or will make it move from one tax haven to other?

++ National pension scheme to be encouraged. Limits of Contribution enhanced

++ Capital gains regime and S.T.T. to be rationalised to provide pass through benefits

++ SAD removed for most goods

++ Advance Ruling being extended to resident firms for Central Excise and Customs.

++ Department to withdraw prosecution where Quasi Judicial proceedingson identical set of facts have not been upheld and the same has attained finality – effect of CAG report on departmental prosecution. Tribunal, Commissioner (Appeals) etc. to become more powerful in case it acts faster than prosecution courts.

++ Considerable reduction in the quantum of penalty which will be 10% of duty or Rs.5,000/- whichever is greater for persons dealing with dutiable goods other than prohibited goods. Penalty being reduced for Section 114, 114A of the Customs Act, 1962.

++ Amnesty Scheme of paying interest and duty within 30 days of Show Cause Notice extended to Section 28 of Customs Act, 1962 also for cases of fraud etc. payment of penalty after 15% to suffice instead of 25% – less work for Settlement Commission and Lawyers. Tax lawyers may be required to be saved from extinction.

++ Duty on Pan Masala and banned gutkha hiked (Cheers for health conscious only) If the logic is that there should be a duty structure even for a banned product like gutkha then why the same is not extended to narcotic drugs if made in India.  For Gutkha manufacture the best slab to work in the twin norm of capacity and value of sachet is the second slab of 301 to 750 till such time machines with more than 1000 capacity per minute are brought out by technology. The brotherhood of Excisewala and Pan Masala wala is likely to be revived as machines will be frequently required to be empirically tested for the speed.

++ Duty on aerated Drinks and Drinks containing aided sugar being raised from 12% to 18%.

++ Excise duty on Leather uppers and having retail sale price of more than Rs.1,000/- per paid being reduced to 6%.

++ Hike of 3% on Polyethelene bags other than bags for Industrial use – Subzi buying may no more be in small polythene bags but in big industrial sacks with a handle stitched on the top.

++ Duties on all raw material used for manufacture of Agarbatti being exempted.

++ Considerable reduction in the quantum of penalty which will be 10% of duty or Rs.5,000/- whichever is greater for persons dealing with dutiable goods other than prohibited goods. Changes in Section 11AC in Central Excise Act, 1944.

++ Services by local authorities in relation to admission to museums, zoo, national parks etc. is being provided. So also for admission services by all for films, sporting events, concerts and pageants etc.

++ Services of treatment of effluent provided by an operator of CETP is now exempted.

++ Considerable reduction in the quantum of penalty which will be 10% of duty or Rs.5,000/- whichever is greater for persons dealing with dutiable goods other than prohibited goods.Changes in Section 76 and 78 of the Finance Act, 1994. No actions are bonafides with the Section 80 being given a burial.

++ Substantial Hike of 30% on Customs Duties on Commercial Vehicles

++ Central Excise duty raised to 12.5% across the board

++ Newly covered goods of heading 2202 [ “Waters, including mineral waters and aerated waters, containing added sugar or other sweetening matter or flavoured and other non-alcoholic beverages, not including fruit or vegetable juices of heading 2009] get Abatement of 35%

++ Solar Water Heater, no more exempted. Fine till next winter

++ Service Tax raised to 14% from 12% across the board – Will come into force only on a date to be notified after enactment – till that time, present rate &Cesses remain.

++ Exemptions to mutual fund services being withdrawn, so also on public telephone and free telephone services

++ Reimbursable expenditure or Cost Charged by the Service Provider to be included in the value of taxable services.

++ Report every loan above Rs.20,000/- in cash for purchase of immovable property

++ No tax exemption limits or slabs changed for individuals

++ DTC Code becomes the unborn baby to be aborted . In process of being born since the year 2009 and to be delivered in this Budget as per the Speech of the Hon’ble Finance Minister in the last year Budget. The Code gets the burial and so does the exemption limit of Rs.3 lakh. – No promissory estoppels against the Government

++ Whether Black money will come back or not after supposed to be stringent law on black money is not known. But reporting involved and threatened actions will sure make life difficult for NRIs in gulf having assets abroad through legitimate sources?

++ ‘Act east’ Policy for setting up of manufacturing units by Indian industrialist in Cambodia, Myanmar, Laos and Vietnam- remains to be seen whether ‘Made in India’ will happen in India or in these countries. The Mechanical tiger of Make in India seems to be going on foreign tour.

++ Prosecution and imprisonment up to 5 years under FEMA, 1999 for contravention of provisions of the Act in relation to any Foreign Exchange, Foreign Security or any immovable property outside India – Whether we are back to FERA days?

As an objective and apolitical analyst of the budget, I would like to react to those two liners which F.M. spoke in the opening remarks of the Budget speech:
Source:Taxindiaonline