Skip to content
Generally an assessee is taxed in respect of his own income. But sometimes in some exceptional circumstances this basic principle is deviated and the assessee may be taxed in respect of income which legally belongs to somebody else. Earlier the taxpayers made an attempt to reduce their tax liability by transferring their assets in favour of their family members or by arranging their sources of income in such a way that tax incidence falls on others, whereas benefits of income is derived by them . So to counteract such practices of tax avoidance, necessary provisions have been incorporated in sections 60 to 64 of the Income Tax Act Hence, a person is liable to pay tax on his own income as well as income belonging to others on fulfillment of certain conditions. Inclusion of other’s Incomes in the income of the assessee is called Clubbing of Income and the income which is so included is called Deemed Income. It is as per the provisions contained in Sections 60 to 64 of the Income Tax Act.

Illustration : Amitabh Bachan owns Debentures worth Rs 1,000,000 of ABC Ltd., (annual) interest being Rs. 100,000. On April 1, 2005, he transfers interest income to Sharukh Khan, his friend without transferring the ownership of these debentures. Although during 2005-06, interest of Rs. 100,000 is received by Sharukh Khan, it is taxable in the hands of Amitabh Bachan as per Section 60

‘Revocable transfer’ means the transferor of asset assumes a right to re-acquire asset or income from such an asset, either whole or in parts at any time in future, during the lifetime of transferee. It also includes a transfer which gives a right to re-assume power of the income from asset or asset during the lifetime of transferee.

3. INCOME OF SPOUSE
The following incomes of the spouse of an individual shall be included in the total income of the individual:

Concern – Concern could be any form of business or professional concern. It could be a sole proprietor, partnership, company, etc.

Substantial interest – An individual is deemed to have substantial interest, if he /she (individually or along with his relatives) beneficially holds equity shares carrying not less than 20 per cent voting power in the case of a company or is entitled to not less than 20 percent of the profits in the case of a concern other than a company at any time during the previous year.

If the following conditions are fulfilled this section becomes applicable.
If spouse of an individual gets any salary, commission, fees etc (remuneration) from a concern
The individual has a substantial interest in such a concern
The remuneration paid to the spouse is not due to technical or professional knowledge of the spouse.
Then such salary, commission, fees, etc shall be considered as income of the individual and not of the spouse.

Illustration – X has a substantial interest in A Ltd. and Mrs. X is employed by A Ltd. without any technical or professional qualification to justify the remuneration. In this case, salary income of Mrs. X shall be taxable in the hands of X. 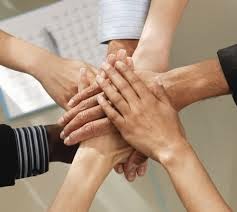 TO READ CONTINUE CLICK HERE AND GET ALL IN PDF FILE