Skip to content
(1) Available to: All assesses.
(2) Nature of Expenditure: Donation during the PY in money, not in kind.
(3) Amount of Deduction: Donations made to following are eligible for
(A) 100% deduction without any qualifying limit. 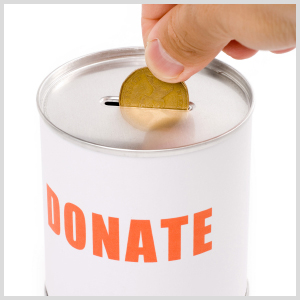 The Andhra Pradesh Chief Minister’s Cyclone Relief Fund, 1996
Any fund set up by the State Government of Gujarat exclusively for providing relief to the victims of earthquake in Gujarat

(C) 100% deduction with qualifying limit. (i.e. 10% of adjusted GTI).
Donations to the Government or a local authority for the purpose of Promotion of family planning.
Sums paid by a company to Indian Olympic Association

(D) 50% deduction with qualifying limit. (i.e. 10% of adjusted GTI).
Donation to Govt. or Approved Institution for any charitable purpose, except family planning.
Any approved charitable institution, which is not for the benefits of any particular COMMUNITY.
Authority engaged in planning, development of cities.
Donation for repair or renovation of any temple, mosque, church, gurudwara or other place notified by the CG to be historic or national Importance.
IMPORTANT NOTE:-