Skip to content
The government’s direct tax collections during April-November of this fiscal rose 5.67 per cent to Rs 3.29 lakh crore over the same period a year ago.

While the Indirect tax collections during the period stood at over Rs 3.28 lakh crore, up 7.1 per cent from a year ago, Minister of State for Finance Jayant Sinha said in a written reply to the Rajya Sabha. 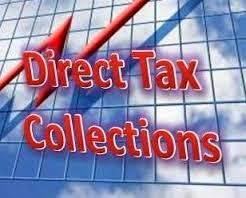 For direct taxes, the revenue mop up is targeted at Rs 7.36 lakh crore while for indirect taxes it is Rs 6.24 lakh crore.