Skip to content
Compilation of some of the important circulars / notification issued by MCA recently
(NOTE: LAST UPDATED @ SEPTEMBER 17th 2015 08:05 PM)
1. General Circular No.12/2015 dated 1st September, 2015
Extension of time for filing Cost Audit Report – Rule 6(6) of Companies (Cost Records and Audit) Rules, 2014 requires every Company covered under the rules to furnish the cost audit report along with full information and explanation on reservation or qualification contained therein in Form CRA-4 within 30 days from the date of receipt of a copy of the Cost Audit Report.
As per this circular, last date of filing the report for Financial Year 2014-15 in Form CRA-4 without fine/penalty is extended upto 30th September, 2015.

2. Notification No. F.No.1/19/2013/CL.V dated 4th September 2015
Changes in Schedule III to Act – The notification necessitates additional disclosure for ‘Trade Payables’ in the Balance Sheet and Notes forming part of Financial Statements.
– Disclosure in the Balance Sheet under ‘Trade Payables’:
(A) total outstanding dues of micro enterprises and small enterprises; and
(B) total outstanding dues of creditors other than micro enterprises and small enterprises.
– Disclosure in Notes forming part of Financial Statements:
(a) the principal amount and the interest due thereon (to be shown separately) remaining unpaid to any supplier at the end of each accounting  year

(b) the amount of interest paid by the buyer in terms of section 16 of the Micro, Small and Medium Enterprises Development Act, 2006, along with the amount of the payment made to the supplier beyond the appointed day during each accounting year

(c) the amount of interest due and payable for the period of delay in making payment (which have been paid but beyond the appointed day during the year) but without adding the interest specified under the Micro, Small and Medium Enterprises Development Act, 2006

(e) the amount of further interest remaining due and payable even in the succeeding years, until such date when the interest dues above are actually paid to the small enterprise, for the purpose of disallowance of a deductible expenditure under section 23 of the Micro, Small and Medium Enterprises Development Act, 2006. 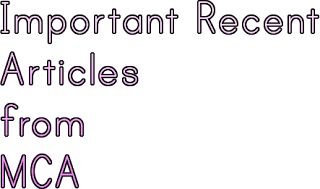 3. Notification No. F.No.01/34/2013-CL-V-Part-I
– Companies (Management and Administration) Amendment Rules, 2015
As per the provisions of section 115 of the Companies Act, 2103, in case a special notice is required of any resolution, notice of the intention to move such resolution shall be given to the Company by such number of members- holding not less than 1% of total voting power or  holding shares on which such aggregate sum not exceeding 5 lakh rupees
has been paid-up and the Company shall give its members notice of the resolution in the prescribed manner. This rule reiterates the provision stated above which was earlier inconsistent with the section.
i. Revised Form MGT-7
Pursuant to Section 92(1) and Rule 11(1) of the Companies (Management and Administration) Rules, 2014, the Form MGT 7 has been substituted for submission of Annual Return. Some of the changes Form MGT 7 is as follows:
a. The details of Authorized Share Capital, Issued Share Capital, Subscribed Share capital and Paid up share capital are now included under the single section – Share capital, Debentures and other securities of the Company.
b. Compliance with Section 92(2) of the Act- In case of a listed Company or a Company having
– paid up share capital of 10 crore rupees or more or
– turnover of 50 crore rupees or more

the Company Secretary in whole time practice shall certify the annual return in Form MGT – 8.

4. Notification No. F.No.01/34/2013-CL-V-Part-I
i. The notification inserts the definition of Indian Accounting Standard in the rule.
ii. Forms and items contained in Financial Statements.
The notification specifies that the financial statements shall be prepared in accordance with Schedule III to the Act and comply with Accounting Standards or Indian Accounting Standards as applicable.
iii. Company to file financial statements with Registrar
As per the notification, every Company shall file the financial statements with Registrar together with Form AOC- 4. In case the Company is required to prepare Consolidated Financial Statements, submission of Form AOC-4 CFS is mandatory. These forms have been now revised.
Some of the changes in Form AOC – 4 are as follows:
– It requires the details regarding applicabality of Schedule III to the Act
– Type of Industry in which the Company operates
– Applicability of Consolidated Financial Statements
– Details of Share application money received pending for refund as on the date of financial year end
– Applicability of  Secretarial audit
– Detailed disclosure with respect to Directors report under section 134(3)

The following classes of Companies are required to file their financial statements and other documents under section 137 of the Act, with the Registrar in e-form AOC-4 XBRL for the financial years commencing on or after 1st April, 2014 using the XBRL taxonomy: