3. No Net Worth or Turnover Criteria Prescribed for applicability.

4. Entity need not to maintain Books of accounts for ICDS. ICDS is only for computation of income under the head “Profit and gains of business or profession” or“Income from other sources”.

5. ICDS is meant for normal computation of income not for Minimum Alternate Tax (MAT) Calculation. 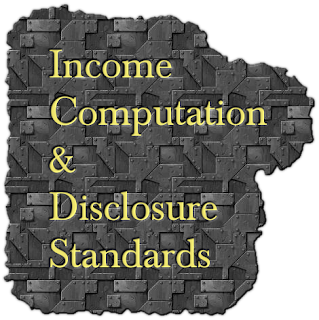 6. In the case of conflict between the provisions of the Income‐tax Act, 1961 and Income Computation and Disclosure Standard, the provisions of the Act shall prevail to that extent.
Few major highlight area.
a. Inventories: (ICDS-II): Clause No:22 envisage valuation opening stock i.e. The value of the inventory as on the beginning of the previous year shall be i. the cost of inventory available, if any, on the day of the commencement of the business when the business has commenced during the previous year; and ii. the value of the inventory as on the close of the immediately preceding previous year, in any other case. If one enterprise want to change its valuation of closing stock from FIFO to weighted average method then entity cannot change it’s opening stock by virtue of above clause. Such type of clause is not presented in INDAS-2 & AS-2b.
b. Construction Contract: ICDS-III: Clause No:20 envisage revenue recognition of contract at early stage i.e. During the early stages of a contract, where the outcome of the contract cannot be estimated reliably contract revenue is recognized only to the extent of costs incurred. The early stage of a contract shall not extend beyond 25 % of the stage of completion. Both IndAS-11, AS-7 & ICDS contain revenue recognition criteria for early stage of contract but additionally the threshold limit of 25% for judgment of early stage of completion which is contain in ICDS will have a greater impact on computation. Further, unlike INDAS-11 & AS-7, ICDS did not provide for recognition of losses immediately on expected losses on contracts. Hence, as on 31-03-2015 if entity booked expected losses on contract as per AS-7 then entire loss will be disallowed and allowed on percentage completion method basis.
c. Effects of changes in foreign exchange rates: ICDS-VI: Clause No:9(c): exchange differences on translation of non-integral foreign operations i.e. all resulting exchange differences shall be recognized as income or as expenses in that previous year.AS-11 stipulates that exchange differences on translation of non-integral foreign operations should be recognition in the Foreign Currency Translation Reserve. But ICDS provide for charging to Profit & Loss.
d. Effects of changes in foreign exchange rates: ICDS-VI: ClauseNo: 5 (i) envisage recognition of exchange difference arising on settlement of monetary items. Exchange Difference in respect of monetary items, exchange differences arising on the settlement thereof or on conversion thereof at last day of the previous year shall be recognized as income or as expense in that previous year. However, Similar provision also contained in IndAS-21 but as per para-46A of AS-11 of accounting Standards rule,2006 :Exchange differences arising on reporting of long term foreign currency monetary items at rates different from those at which they were initially recorded during the period, or reported in previous financial statements, in so far as they relate to the acquisition of a depreciable capital asset, can be added to or deducted from the cost of the asset and shall be depreciated over the balance life of the asset, and in other cases, can be accumulated in a ‘‘Foreign Currency Monetary Item Translation Difference Account” in the enterprise’s financial statements and amortized over the balance period of such long term asset or liability, by recognition as income or expense in each of such periods. From the above it is clearly understood that company having balance in FCMITD account will now required to charge to Profit & Loss for the purpose of computation of income by virtue of Transitional provision contained in ICDS.
e. Government Grants: ICDS-VII: Clause no5 envisage treatment of Government Grant i.e. Where the Government grant relates to a depreciable fixed asset or assets of a person, the grant shall be deducted from the actual cost of the asset or assets concerned or from the written down value of block of assets to which concerned asset or assets belonged to. Where ICDS emphasize on deduction of grant from the original cost of the asset, IndAS-20 prescribed for setting of grant as deferred income and transferred to Statement of Profit & Loss on a systematic basis. Further, AS-12 provide for postponement of government grant beyond the date of actual receipt where condition attached to the grant are not fulfilled. Whereas, as per ICDS such postponement is not possible.

f. Borrowing Cost: ICDS-IX: the definition of borrowing cost as per ICDS does not provide for exchange differences arising from foreign currency borrowings to the extent that they are regarded as an adjustment to interest costs. The same provision contained in para 4(e) of AS-16 and para 6(e) of INDAS-23. Entity having borrowing cost by virtue of above mentioned AS& Ind AS will not be entitled to claim borrowing cost under ICDS while computation of income. Further, the formula given for borrowing cost eligible for capitalization in case of general borrowing is different from the method prescribed in IndAS-23& AS-16.Conclusion-By virtue of applicability of ICDS w.e.f. 01-04-2015 entity is now under compulsion to start calculate its taxable income under the head “ Profit and gains of business or profession” or “ Income from other sources” which will in turn also applicable for calculation of advance tax for AY:2016-1