Skip to content
Buzzing cricket news after World Cup 2015 is that Yuvraj Singh has been sold to Delhi Daredevils for whopping Rs 16 Crores in Indian Premier League (IPL). Not only this time, but he was the most expensive buy at auctions last year as well for Royal Challengers Bangalore where Mr. Mallya spent Rs 14 Crores to buy him. IPL has witnessed the costliest buys ever since its inaugural which involved the likes of MS Dhoni, Kevin Pieterson, Andrew Flintoff, Ravindra Jadeja and many others. Such showering of large amounts of money in cash rich IPL has also fetched it a nick name of “Indian Paisa League”. Its effect is to the the extent that some foreign players have even chosen to play for IPL over their home country.

But what makes IPL so cash rich? From where does it get money and why are teams spending so much on the services of these cricketers? 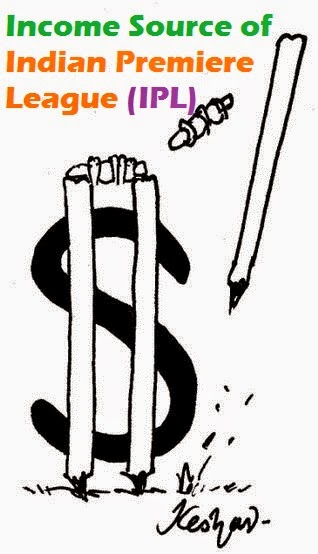 Let’s read further to find out.
Revenue model
The most exciting feature of this concept is that the state teams are owned by corporate houses and bollywood celebrities. Owners were allotted teams through bidding process and once teams were allotted, cricketers from around the world along with Indian cricketers were put to auction wherein cap for maximum amount was fixed. That means teams were to buy cricketers within the maximum amount equally fixed for all the teams in a way that formed the team with right mix of foreign and Indian players. The model was similar to England’s famous football event “Barclays English Premier League”.

Source of income for franchises:-
-Share in revenue from broadcasting rights
-Share in the sponsorship money
-Share in revenue from sale of tickets
-Revenue from in-stadium advertising
-Sale of players to other franchises.
-Revenue from own sponsorship and corporate sponsorship
All the revenue are initially directed to central pool. Out of this,40% share is for IPL,54% to franchises and 6% as prize money. The money will be distributed in this proportion until 2017.
After 2017,share of IPL would be 50%,franchises 45% and prize money 5%.
In 2008,India’s Sony Entertainment Television Network and Singapore based World Sports Group secured the global broadcasting rights for IPL for $1.026 Million for ten years. Sony-WSG then, resold these rights geographically to other companies around the world.
Franchise owners are also allowed to sell their commercial rights for sponsorship. Example : Aircel, a telecom company has been official sponsor for Chennai Super Kings, Delhi Daredevils signed Muthoot Group as their official sponsors, Hero Motors signed sponsorship deal with Mumbai Indians and there are many other examples of other teams selling their sponsorship rights to generate revenue.
Brand value
American Appraisal, a Mumbai based valuation firm has valued IPL at $3.2 Billion. It has also predicted that league’s value will skyrocket to over $400 Billion by 2020.

Brand values of IPL franchises are :-
Sunrisers Hyderabad : $25 million
Kings XI Punjab : $32 million
Delhi Daredevils : $40 million
Rajasthan Royals : $45 million
Royal Challengers Bangalore : $51 million
Kolkata Knight Riders : $69 million
Mumbai Indians : $72 million
Chennai Super Kings : $72 million
In a nutshell,IPL has defined an innovative model to do business in Indian landscape.Hardly any country could have thought of this model other than a nation where there is enormous craze for cricket. IPL sets a great example of corporatising the passion and making money with entertainment.