To a significant extent, the difference reflects the use of PAN card as a proof of identity for various stipulated economic functions that have no relation to tax.

Nevertheless, the gap must have a bearing on the efforts to widen the tax base as also the efficacy of the PAN card distribution system.

A huge gap has also been noticed between the number of entities to whom tax deduction account number (TAN) has been allotted vis-à-vis number of deductors filing TDS returns/submissions. The reasons need to be comprehensively identified for such a widening gap and whether there is room to enhance the I-T base from the information thus obtained. 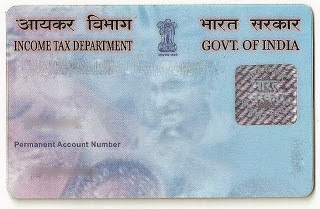 Vigorous efforts are required both in terms of policy and enforcement in widening the tax base, which as seen above is not commensurate with the growth in income over the years.

The reasons for this include India’s huge rural and underground economies, which present severe logistical constraints with respect to collecting tax.

There is a flourishing underground economy, where transactions are in cash and people simply pay no taxes. Further, tax collectors have failed to raise as much as they should from high-income sections of society – doctors, lawyers, designers – and other independent, self-employed professionals whose tax is not deducted at source.

Even a large number of rich farmers, who earn more than salaried employees in the cities, get away with paying no tax at all in view of the government’s lack of will to consider an agricultural income tax. Ultimately, TARC s consultations led to the conclusion that the tax system is not only complicated, confounding and contradictory, it is also affected by corruption, inefficiency and incompetence.

Even ordinary taxpayers need to hire a tax consultant for tax payment, which costs them money, and, therefore, they become willing tax avoiders. Compliance systems should be made simple and user-friendly so that more people are encouraged to pay taxes, not avoid them