Reserve Bank on Wednesday asked income tax assessees to pay theirincome tax dues in advance at RBI or any authorised bank branches including that of SBI, ICICI, HDFC Bank, PNB and Axis Bank. 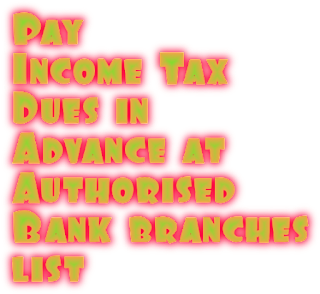 It has been observed that rush for remitting income tax dues through the RBI has been far too heavy towards the end of September every year, the apex bank said in a release. The RBI said it becomes difficult for the regulator to cope with the pressure of issuing receipts despite provision for additional counters to the maximum possible extent.

So the RBI appealed to the income tax assessees to remit their tax dues sufficiently in advance of the due date. Assessees can use alternate channels like select branches of agency banks or the facility of online payment of taxes offered by these banks, it said.