Skip to content
The Reserve Bank of India today issued one more alert to the public about the newest form of fraud perpetrated in its name – a credit card issued by fraudsters in the name of the Reserve Bank. Explaining the modus operandi, the Reserve Bank stated that the gullible member of the public is sent a credit card which allows withdrawal of money up to a certain limit, albeit a small sum, from a bank account. Having gained the confidence of the victim thus, the fraudster gets him to deposit a huge sum of money in the same bank account. Once the money is deposited, the card stops working and that would also be the last time the holder of the card (victim) would hear from the fraudster. 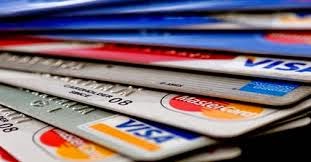 Warning against such efforts, the Reserve Bank has reiterated that as India’s central bank, it does not carry out any business with an individual, whether through savings bank account, current bank account, credit card, debit card, online banking services or receiving and holding funds in foreign exchange or any other form of banking services. The Reserve Bank has listed out the other kind of prevalent frauds, such as:

Fictitious offers of large sum of money/lottery winnings by email or through phone calls by posing as RBI official.
Fake Reserve Bank website for online transactions
Luring members of public to secure their bank accounts against such frauds by asking them to share the bank account details, including user id/password, through an email or by clicking on a link given in email.
Offer of employment in the Reserve Bank through email

The Reserve Bank has also stated that fictitious offers are also made in the name of other public institutions, such as, International Monetary Fund (IMF), Income Tax authorities, Customs authorities or public figures like Governor, Dr. Raghuram Rajan or other senior RBI officials.

The Reserve Bank has pointed out that once the moneys are paid in fraudsters’ accounts, there are remote chances of the members of public recovering the moneys.

The Reserve Bank has once again cautioned members of public that falling prey to such offers can result in compromising one’s own crucial personal information that may be misused to cause direct financial and other loss to them. They, in their own interest, should refrain from responding to such offers in any manner. Rather, they should immediately lodge a complaint with Cyber Crime branch of the Police, the contact details of which are available in the Reserve Bank’s press release issued earlier (Complain to Local Police/Cyber Crime Authorities against Fictitious Offers of Money from Abroad).