Skip to content
Owning a house is every body’s dream. During the last few years prices of properties have sky rocketed, it has become very difficult for an average person to own a dream house without borrowing money. In order to help a person in realizing the dream of Owning a house, The Govt provides numbers of incentives such as Interest Subvention on Housing Loans for small houses, Income Tax Exemptions and rebates, which in turn can also give a boost to the economy in addition to providing dwelling unit to all the Indians up to best possible extent. Income tax Laws from time to time has provided various tax benefits on buying a house, which has reduced the cost of buying in the form of Tax Sops. 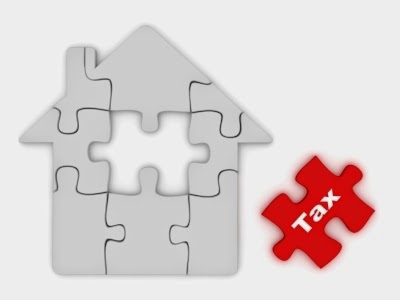 The major tax sops are the interest amount paid by the person on the borrowed money and repayment of principal of Loan amount to be allowed as deduction from income.

Also buying a house is one of the top most priorities for modern professional and it is bought for living as well as investment reasons as it is considered safe investment. Tax exemption on home loans means a person can save a considerable amount of money on taxes if he has taken a home loan.

The Income Tax Act divides the income received by a person into five different heads. One of them is the ‘income from house property’ that comprises of the benefits derived by a person through the property(s) owned by him/her. Here we are going to discuss about some important provisions of income tax relating to Income from house property in respect of properties which are self occupied / considered to be self occupied in the income tax law.

As per sec. 23(2) (a), a house property shall be termed as self occupied property, where such property or part thereof:
• Is in the occupation of the owner for the purpose of his own residence;
• Is not actually let out during the whole or any part of the previous year ; and
• No other benefit there from is derived by the owner.

Note: If an assessee let out his house to his employer, who in turn gives the same to the assessee as Rent Free Accommodation, such house will not be treated as self-occupied, as he is not occupying his own house in the capacity of owner.

As per provisions of section 23 (2) (a) annual value of such house shall be taken to be nil, if the conditions mentioned below are satisfied:
1. the property (or part thereof) is not actually let during whole (or any part) of the previous year; and
2. no other benefit is derived there from

• Benefit u/s 23(2) (a) cannot be claimed by a Company and Firm.
• HUF is allowed benefit of self-occupation of residence u/s 23(2) [CIT v Hariprasad Banojnagarwala (2012) 342 ITR 69 (Guj.) (FB) ].
• When the assessee occupies his house but not in the capacity of owner, the benefit under this section cannot be claimed.
• Option to choose a particular property as self occupied can be changed every year without any permission.

How to Compute the Income of self- Occupied Property

Net annual value of self-occupied property shall be taken as nil. Standard deduction u/s 24(a) of 30 % of Net Annual Value (NAV) is allowed. Hence for Self Occupied Property one cannot claim deduction. Interest on loan u/s 24(b) shall be allowed, subject to certain ceiling.

To make the dream come true of house, people need to be prudent/understand about certain tax considerations as given below:

Interest on loan taken for construction, acquisition, repair, renovation or extension is allowed as under:

Where loan is taken on or after 01/04/1999 and following conditions are satisfied Rs. 1,50,000 is allowed as deduction under Income Tax Act

While claiming deduction under Section 24(b), assessee should keep following points in mind:

• In any case deduction u/s 24(b) cannot exceed Rs. 150000 in a year.
• For claiming income tax deduction, the Equated Monthly Installments (EMI) amount is divided into the principal and interest components. The repayment of the principal amount of loan is claimed as a deduction under section 80C of the Income Tax Act up to a maximum amount of Rs. 1 lakh.
• Deduction under section 80C is allowed only for Purchase or Construction of House Property and not for Repair, renewal or reconstruction of the house.
• There is a perception among the general public that for claiming interest deduction, the home loan should be taken from banks or specified financial institutions. In reality this is not so. Assessee can borrow the money from anybody including his relatives and claim the benefits of interest against his house property. This benefit of interest can be claimed only against a certificate furnished by the person to whom any interest is payable on the capital borrowed, specifying the amount of the interest payable by the assessee.
• As far as the principal payments of the loan taken other than from banks or specified financial institutions are concerned, they would not qualify for tax benefit u/s 80C, as loans only from notified institutions and banks are eligible for such deductions.
• Assessee can avail the benefit of section 24(b) even if he has actually not paid the interest but it has only been due.

As per sec. 80C (5) (iii) (a), if a person claiming House loan repayment benefit under section 80C transfers the house property within 5 years from the end of Financial year in which house property has been purchased, then all the benefits availed under this section (80C) of earlier years will be reversed and included in the taxable income of the year in which house has been sold.

Can an assessee claim the deduction of interest u/s 24(b) on accrual basis?

The Circular No. 363 dated 24.6.1983 issued by the Government has provided a great relief to the persons who have not actually paid the interest on loan borrowed for the construction of the house. As per the circular, it is immaterial whether the interest has been actually paid or not during the year. It would be deductible on accrual basis. Also there should be nexus between Capital Borrowed and the expenditure incurred on the acquisition, construction, repair, reconstruction of the property from this borrowing and the interest paid thereon.

From the above discussion it becomes clear that the provision of deduction of interest is a great relief to the tax payers as it helps them in reducing the tax liability and at the same time helps you in creating own asset.

Where the house is owned by two or more persons, and their respective shares are definite and ascertainable, then home loan benefits under income tax are available in proportion to the ownership structure.

Example of Computation of income from Self Occupied Property

Mr. A owns a house property. It is used by him throughout the year for his and his family member’s residence.

Computation of income from House Property will be as follows:

Whether deduction in respect of HRA And Interest on Housing Loan for Self Occupied Property can be claimed at same time?

House Rent Allowance is major component of salary structure of an individual taxpayer. This allowance is provided to the assessee by his employer to meet expenditure actually incurred on payment of rent of house occupied by the assessee.

U/s 23(2): Self occupied property means:
• Where the property consists of house or a part of house which is in the occupation for the purpose of his own residence , or
• Cannot actually be occupied by the assessee owing to his employment at any other place.

In case the city is different, the benefit of both can easily be taken.

In case the city is same, the assessee has to validate the nexus of residing at a place other than his own residential accommodation. The nexus has to be validated to the AO (Assessing Officer) (CIT v. Mr. Justice Avadh Bihari Rohtagi). Additionally if the assessee fulfils the conditions prescribed U/s 10(13A) in respect of HRA, the dual benefit can easily be taken.

From 01.04.2013, “First Time House Buyers” will get extra deduction of Rs 1.00 lakh i.e. over and above Rs. 1.5 Lacs under section 80EE. This section has been introduced to cater to the need for affordable housing. Conditions to be satisfied under this section are:
• Additional deduction is available to only Individuals.
• Benefit of Section 80EE is available only, if assessee has no existing house in his name.
• Assessee has bought a new house, and cost of the house is maximum of Rs 40 lakhs
• the loan is sanctioned by the financial institution during the period beginning on 1st April, 2013 and ending on 31st March, 2014;
• Loan does not exceed Rs 25 lakhs
• Then, the Extra interest deduction of Rs 1, 00,000/- is allowable under section 80EE.
• This “temporary” scheme is for 1 year only.
• Benefit for section 80EE is available for fresh investment for “First time house buyers”