The Finance Bill, 2015 presented by the Finance Minister, Mr. Arun Jaitely on 28th February, 2015 has brought with it a whole new set of changes in the indirect taxes. The basic purview taken by the government behind rationalizing the transformations is to bring the current taxing provisions in line with the proposed plan of Goods and Service Tax. The Finance Minister while addressing the august gathering highlighted that the backdrop idea of adverting the taxing aspects is not only the GST but the rising concern towards the environment. 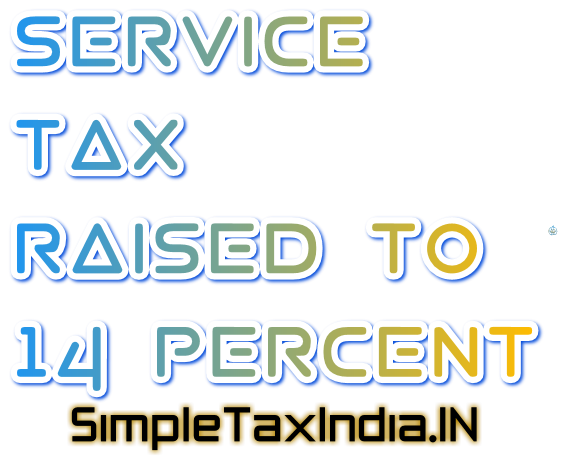 Further, the penal proceedings have been made hoarse to minimise the tax evasion by the service providers. Below is gist of proposed and fallout amendments in the Service Tax:

1. Changes applicable w.e.f. 1st March, 2015
CENVAT Credit can be taken within 1year:
Time limit for availment of CENVAT Credit extended to 1 year from the date of invoice.
Registration for single premises shall be granted within two days of filing the application.
Records can be maintained in Electronic form:
In order to encourage digitalization, Government has allowed assesses to maintain records in the electronic form subject to authentication by him with the use of digital signature.

2. Changes applicable w.e.f. 1st April, 2015
Exemption given in respect of transportation of food stuff will be limited to the food grains only due to which food stuff other than food grains will also become costlier.
Relief in relation to precondition, pre-cooling ripening labeling of fruits and vegetables is allowed by which end cost of fruit and vegetable would get reduced.
Now watching of movies will become cheaper:
Now watching of movies will become cheaper because Service provided by way of exhibition of movie by the exhibitor (theater owner) to the distributor or an association of persons consisting of such exhibitor as one of its members is being exempted.

Benefit given to senior citizen:
Exemption is granted in respect of life insurance services provided by way of Varishtha Pension Bima Yojna so that people can spend their old age life in a better manner.
Exemption for ambulance services:
Government has given specific exemption for transporting the patients through ambulances so that financial cost on patient and family of patient can be minimized to the some extent.

Uniform abatement for transport by rail, road and vessel:
A uniform abatement is now being prescribed for transport by rail, road and vessel thereby service Tax shall be payable on 30% of the value of such service subject to a uniform condition of non-availment of CENVAT Credit on inputs, capital goods and input services.
The impact of the above amendment is that cost of transportation through road and railway is increased whereas transportation cost through vessel is get reduced.

Air Transport will hit the pocket of High Class flights:
The government has reduced the abatement on business class flights. Now, travel in the business class will become costlier as the abatement has been reduced to 40% from 60%.
Construction of Government Schools and Buildings would become taxable.
Construction pertaining to port/airport would also become costlier due to withdrawal of exemption given in this respect.

3. Changes to be effective from the date Finance Bill, 2015 receives the assent of the president
Revised recovery and penalty provisions
Penalty provisions made more stringent with maximum penalty equal to 100 % of Service Tax. However, in certain cases the benefit of reduced penalty will be allowed to the assessee. Also, exemption from levy of penalty on defaulters has been removed.
Reimbursement made taxable under Service Tax
The government has clarified that the value of reimbursements of all expenses incurred during provision of a taxable service shall be subject to Service tax levy.