Skip to content
IT: Sum received from cellular companies for renting out of the terrace for installation of mobile antenna was taxable as income from house property and not as income from other sources since roof and terrace would be considered as part of the building. 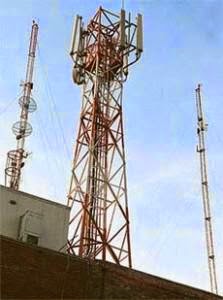 (a) The assessee received sums from Bharati Airtel Limited and Idea Cellular Limited, towards renting out of his terrace for installation of Mobile antenna. He had shown the impugned receipt under the head ‘income from house property’ and claimed standard deduction under section 24(a).

(b)  The Assessing Officer rejected the claim of standard deduction on the ground that impugned receipt towards installation of antenna” was taxable as “income from other sources”
(c)   On appeal the CIT(A) upheld the order of AO on following basis:

(d)  The aggrieved assessee filed the instant appeal before the Tribunal.
The Tribunal held in favour of assessee as under:

(1)  The reliance on judgment of Mukerjee Estates (Supra) was wholly misplaced, wherein the Tribunal had given a categorical finding that the assessee had let out the hoardings and not the roof of building. It was in this backdrop the High Court held that rent was taken as rent for hoardings per se rather than rights on the roof where hoardings could be installed.

(3)  The rent was not for the antenna but for the space for installation of antenna. It was not the case of the AO that the rent was for the antenna, and, therefore, it was wholly irrelevant whether antenna was part of the building or land appurtenant thereto. What was relevant was the space which had been rented out and, therefore, as long as the space was part of the building, the rent was required to be treated as “income from house property”.

(4)  In both the agreements with the cellular companies, it was clearly mentioned that rent was for use of “roof and terrace”. Therefore, as the rent was for the space-terrace and roof space in the instant case, which certainly was a part of building, the rent could only be taxed as “income from house property”.

(5)  Thus, assessee had rightly shown the impugned receipt as “income from house property” and claimed deduction under section 24(a).