The concept of One Person Company (OPC) has been introduced for the first time in the Companies Act, 2013. Though it is a new concept in India but the it is already in existence in other countries like UK, USA, Singapore, China, Turkey, UAE, and Pakistan. The OPC form of business organization has been given legal status in the Companies Act, 2013, on the recommendations of an expert committee set up by the Ministry of Corporate Affairs, in Dec 2004 under the Chairmanship of Dr. Jamshed J. Irani, (called as J J Irani Committee). 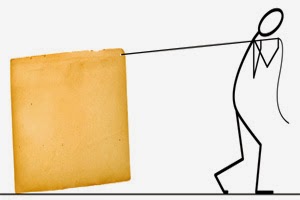 The Committee gave its report on 31st May 2005. The Committee after deliberations with the several experts in various disciplines, and in the context of changes required in light of economic and business environment, suggested necessary changes in the Companies Act, 1956. Among other recommendations, one of the suggestion was to bring the OPC concept in the Indian Corporate Culture. While recommending it was narrated that with the increasing use of information technology and computers, emergence of the service sector, it is time that the entrepreneurial capabilities of the people are given an outlet for participation in economic activity. Such economic activity may take place through the creation of an economic person in the form of a company.

To facilitate this the law should recognize the formation of a single person economic entity in the form of ‘One Person Company’. Such an entity may be provided with a simpler regime through exemptions so that the single entrepreneur is not compelled to fritter away his time, energy and resources on procedural matters.

Section 2(62) defines, “One Person Company” means a company which has only one person as a Member. Section 3 (1) (c) provides that a company may be formed for any lawful purpose by one person, where the company to be formed is to be One Person Company that is to say, a private company, by subscribing his name to a memorandum and complying with the requirements of this Act in respect of registration. Rule 3 of Companies (Incorporation) Rules, 2014, prescribes the points relating to the incorporation of the OPC.

From the provisions of the Act and Rules relating to the OPC, the following characteristics may be enumerated:
Only a natural person who is an Indian citizen and resident in India: (a) shall be eligible to incorporate a One Person Company; (b) shall be a nominee for the sole member of a One Person Company. The term “resident in India” means a person who has stayed in India for a period of not less than 182 days during the immediately preceding one calendar year.
No person shall be eligible to incorporate more than 1 OPC or become nominee in more than one such company.
Where a natural person, being member in OPC in accordance with this rule becomes a member in another such Company by virtue of his being a nominee in that One Person Company, such person shall meet the eligibility criteria specified in sub rule (2) within a period of one hundred and eighty days.
No minor shall become member or nominee of the OPC or can hold share with beneficial interest.
Such Company cannot be incorporated or converted into a company under section 8 of the Act.
Such Company cannot carry out Non-Banking Financial Investment activities including investment in securities of any body corporate.
No such company can convert voluntarily into any kind of company unless two years have expired from the date of incorporation of OPC, except threshold limit (paid up share capital) is increased beyond Rs. 50 lakh rupees or its average annual turnover during the relevant period exceeds Rs. 2 crore rupees.
OPC can be formed either by way of a company limited by share; or a company limited by guarantee; or an unlimited company.
The minimum authorized share capital of the company should be Rs 1 lacs.
OPC needs to have minimum 1 director and maximum of 15,which can also be increased by passing of a special resolution.
The forms prescribed relating to the incorporation/ for other matters of OPC are:

INC 1 – Reservation of name for OPC

INC 2 – Filing of application for incorporation of OPC

INC 5 – Intimation of exceeding threshold – i.e. ceased to be OPC

Pros:
It enjoys the status of Separate legal entity.
It enables the small time businessman to enter the ‘corporate sector’ by incorporating OPC.
Liability of the sole member would be restricted to the amount unpaid on the shares held by him.
Micro and small enterprises (in manufacturing/in service sector) comes under the priority sector lending and the OPC may take leverage benefits of it.
Mandatory rotation of the auditor after expiry of maximum term is not applicable.
A lot of exemptions have been provided to the OPC which the public limited companies are not enjoying.
OPC will aid individuals who are in the less organized and unorganized sectors (small and medium sized traders, weavers, artisans, mechanics, carpenters, designers and other skill dependent professions and vocations.
OPC need not prepare Cash Flow Statement as part of its Financial Statements under proviso to section 2(40).
OPC may be converted to other type of legal form by making amendment in the MOA.

Cons:
The act prohibits any foreign participation
From taxation perspective, the concept of OPC may not appeal to smaller proprietors (to convert themselves in OPCs) since the base rate of tax of a company is quite high (30% approx) and may result in a higher incidence of taxation for them.
OPC may also be used by unscrupulous individual entrepreneurs to siphon off funds and evade tax liability.
From the lender’s perspective, financial institutions and banks- would they treat them as normal company.
The Act has not granted any relief to OPC from the provisions of accounts and audit.
If an OPC declares dividend it will have to pay dividend distribution tax @16.995% (15% +10% surchage+3% cess) apart from income tax @30.9%.
OPC have to file Financial Statements, Balance Sheet and P&L account duly adopted by the its member within 180 days from the close of the FY as per proviso 137(1).
Where the sole proprietor makes any drawings, the same is not treated as deemed dividend, but in OPC when a director takes a loan and the OPC have distributable income, the loan availed by the director is treated as deemed dividend to the extent of accumulated profits by a closely held company u/s 2(22)(e) of I.T.Act, 1961.
There is a cap on the capital / turnover. Where the paid up share capital of an OPC exceeds Rs. 50 lacs or average turnover during the relevant period exceeds Rs 2 crores, it shall cease to be entitled to continue as OPC.
Section 26 of the Company Secretaries Act, 1980 stipulates that ‘companies not to engage in Company Secretaryship and no company, whether incorporated in India or elsewhere, shall practice a Company Secretaries’.

Summing up:
Having gone through the above discussions, the newly introduced concept of OPC is better option for those businessmen who do not want to involve other persons in their business and yet want to expand the horizons, but with a separate legal entity. By forming and doing the business under the umbrella of OPC and titled with label of Pvt. Ltd. may enhance the value enrichment in their business.